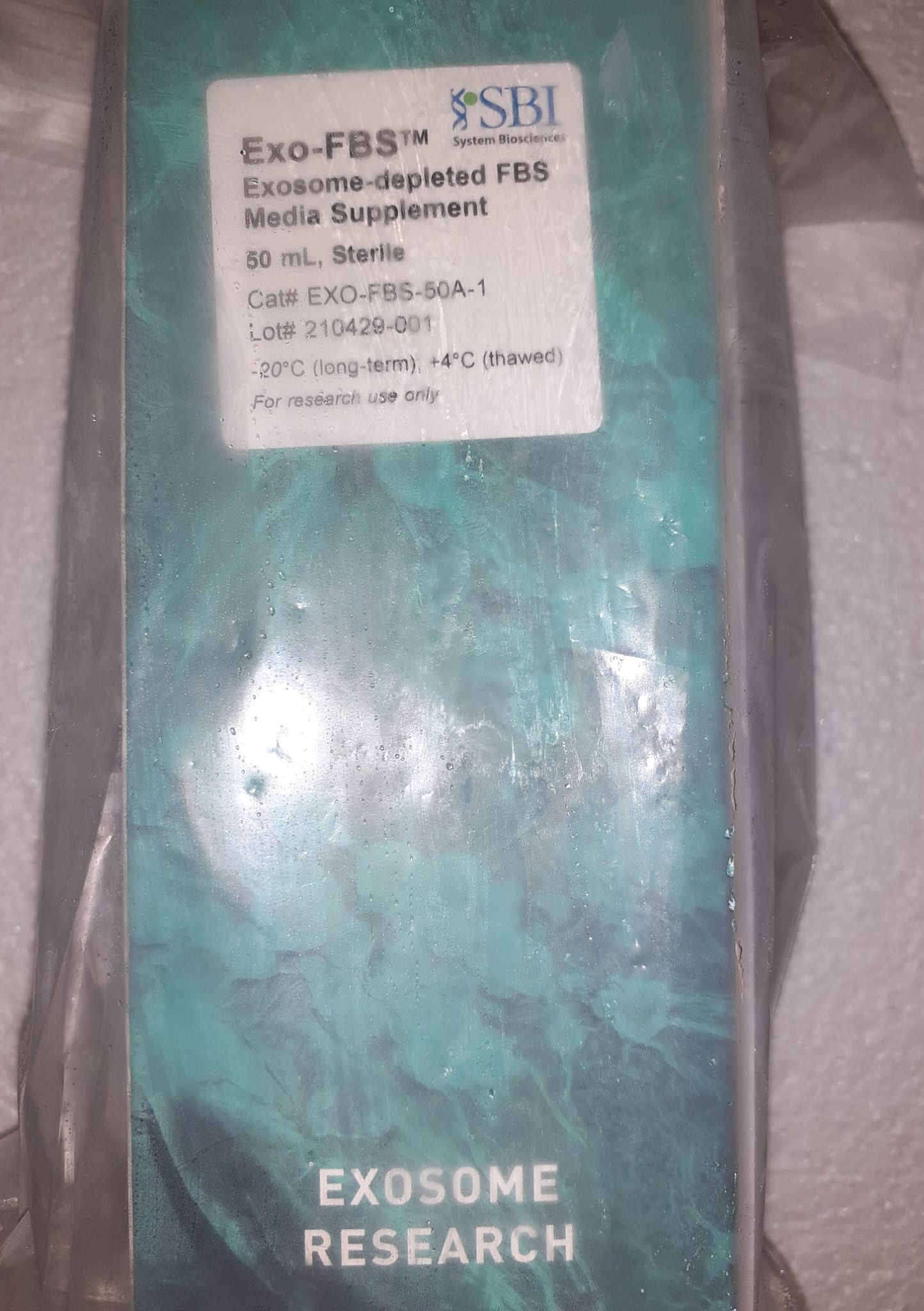 Extracellular vesicles (EVs), including the nano-sized exosomes, have the capacity to transfer multiple functional molecules between cells. In cell culture experiments, fetal bovine serum (FBS) is often used to supplement cell culture medium as a nutrient, but it is important to know that the FBS also contain significant quantities of EVs. The aim of the current study was to determine whether the FBS EVs can influence cultured cell phenotype, and secondly to determine the efficiency of FBS-EV elimination protocols.

Firstly, FBS that had not been depleted of EVs induced a migratory phenotype in a lung cancer epithelial cell line (A549 cells), an effect that could be mimicked by isolated FBS EVs alone. FBS-derived EVs also contained RNA, which was protected from consecutive proteinase K and RNase A treatment.

Comparison of common isolation protocols suggested that an 18-hour centrifugation period eliminates approximately 95% of RNA-containing FBS EVs, whereas a 1.5-hour protocol is insufficient. In conclusion, this study shows that FBS EVs substantially influence cultured cell behaviour, but also that they can be virtually removed by an 18-hour ultracentrifugation protocol.

Exosomes are small extracellular vesicles (EVs) that are 40–100 nm in size, and are considered to be released by most cells via an intracellular origin involving multivesicular bodies (1,2). However, several other subgroups of EVs also exist, including larger microvesicles thought to be released directly from the cell surface (3). EVs are thought to take part in cell-to-cell communication, as they can shuttle proteins, lipids, and RNA between cells (4–6), and the status of the producing cells determines the signal conveyed (6,7).

EVs are also found in all body fluids, such as serum, saliva, breast milk, and urine (8,9). As cell culture experiments often involve the presence of fetal bovine serum (FBS), it is possible that vesicles present in the FBS can influence experimental results. Indeed, it has been suggested that FBS-derived EVs may influence results in cell biology, such as growth of breast cancer cell lines (10). Also FBS-derived EVs are a major cause of concern as these vesicles could contaminate EVs derived from cell cultures (11,12). Therefore, EVs are often removed from the FBS prior to use in cell culture experiments, by the use of different depletion protocols (13,14).

The aims of this study were firstly to determine whether EVs present in FBS can influence cultured cells phenotype such as the migration of an airway epithelial cancer cells, and secondly to determine the efficiency of elimination of EVs by different ultracentrifugation protocols.

Bovine exosome-depleted FBS, for isolating exosomes from cultured cells without the complication of bovine exosomes that are present in conventional FBS.